Episode 35: What Is This NaNoWriMo Thing All About?

I blame MSN Messenger. Well, maybe it was my friend who used the messenger as the conduit for her crazy idea.  Okay, so it wasn't exactly her crazy idea, but she did tell me about it. Millions of people writing fifty-thousand words in thirty days.  During the month of November.  Yep, November--you know, that month where you're pretty much going non-stop from dawn until dusk for a whole week doing preparations for Thanksgiving?  Yeah. That month.

So, like any rational and intelligent author, I went over to the NaNoWriMo (NAtional NOvel WRIting MOnth) website and signed up. That was October 2006.  I haven't missed a year doing NaNoWriMo books since, although last year I didn't get my words validated in time.  Killed my "winning streak" but at least I know I actually DID the work.  That counts in my book.

You can see my list of NaNoWriMo book (s) HERE.  I won't rehash them in this post. Needless to say, I began with the book that eventually became Discovering Hope, and this year I'm doing Flipping Hearts.

Later in the podcast, I talked about how every October 31, I spend the day cleaning my house and that night I eat Chinese food, hand out candy to kids, and write my annual parody.  Here's a list of those parodies! 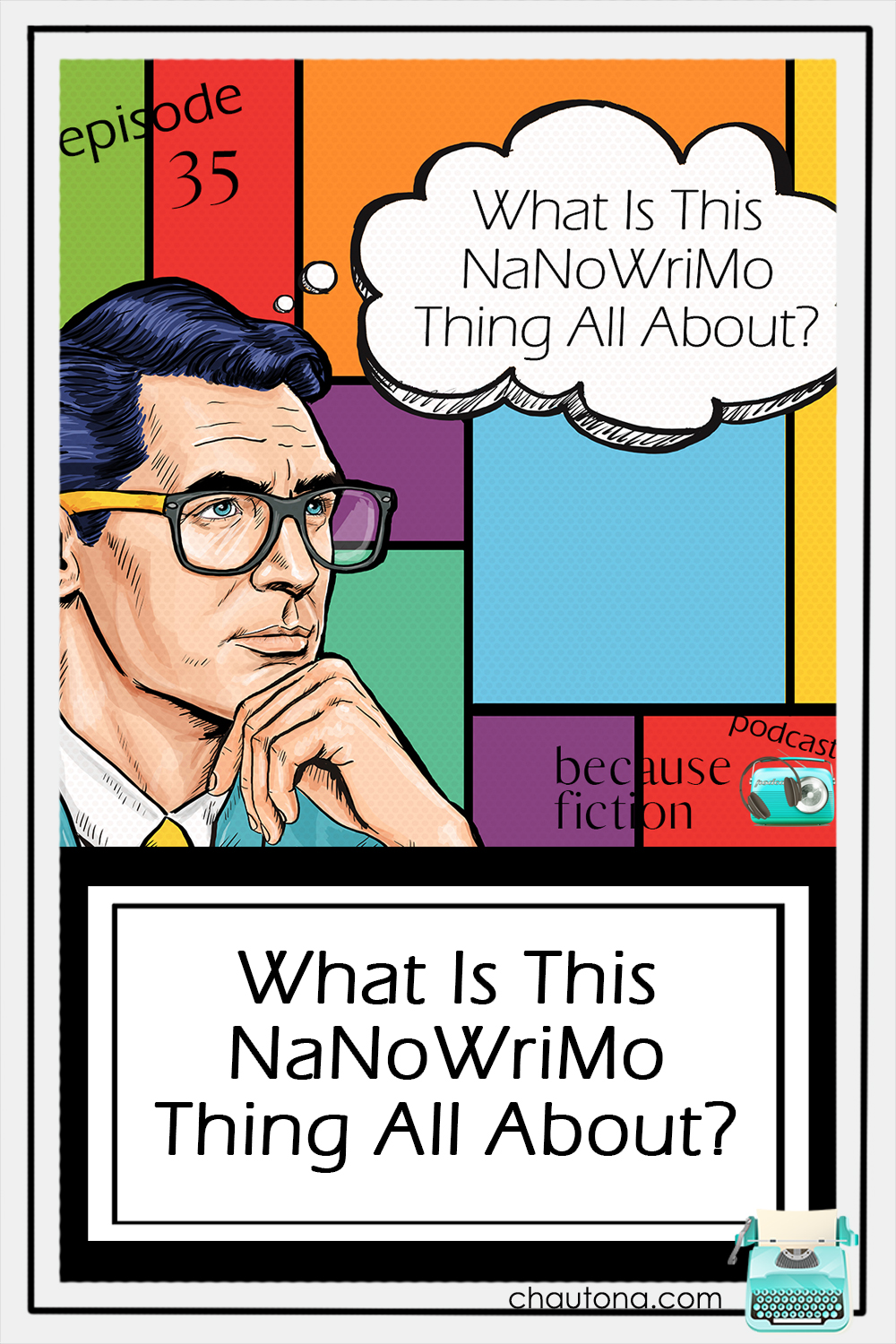 Note: links may be affiliate links that provide me with a small commission at no extra expense to you.

Without further ado, books that were once NaNoWriMo book (s) you can read TODAY.

Janine Rosche:  This Wandering Heart: 2018 Nano and released this year to rave reviews.

Two people scarred by past trauma have a chance to write a new chapter in their lives, overcome loss, and find love in the third entry in the Madison River Romance series.

My 5th novel Miss Serena’s Secret was a NaNo project, written just after I finished writing Winning Miss Winthrop. I was so inspired I wrote 80k words in 30 days!

Regina Walker:  We Go On

Writing in NaNo gives me permission to spend a month totally consumed by writing and  letting things slide. I get back to "normal" (whatever that is) after the month us up. But my family all knows I'm pretty much in book mode during NaNo and one of the camps.

And I get to write the way I like (which tends toward obsessively). That style doesn't work 12 months a year with a husband and 7 kids. But for a month I can feed them easy dinners and kind of glide on everything to do this thing I LOVE.

Cathe Swanson:  Her only NaNoWriMo book in print is Baggage Claim but she’s got others in the wings she’s editing and such.  Seriously, you’ve got to read this book!

Wooing Cadie McCaffrey and Hadley Beckett’s Next Dish were... though I failed horribly at NaNo both times! ????? Starting again today!

This is my 14th year. 9 of those 13 have been published in one form or another. 1-2 more may be completely revamped someday. 2 are unlikely to ever be.

I nano because that’s where I started writing for real and started thinking this was a thing I might be able to do.

My most important NaNo was around 2017 when I skipped two books ahead and wrote the bulk of The Indentured Queen. It has a character named and fashioned after my dying second cousin, and I wanted more than anything to get him a paper copy ASAP. It had gaps in the middle, but most of it was there, and he got to hold a copy six weeks or so before he passed. I know he read some of it but don’t know that he finished.

A Rumored Fortune (my review is here) was a long-ago one that eventually was rewritten. The Love Note was last year's. Well, 50k of it

Micki Clark:  Don’t Ask Me to Leave— a modern Ruth and Boaz Retelling.

GOTTA  READ THIS BOOK.  SO adorable  Made it halfway before I had to stop and the COVER. 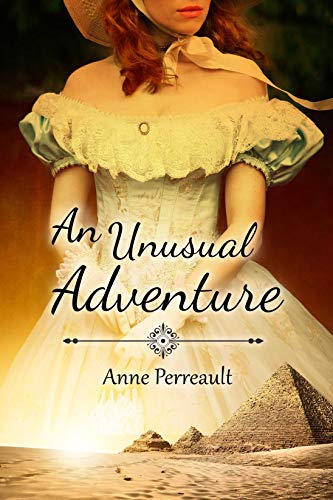 I didn't do much other than sleep and write that month lol.

These three of mine (are NaNoWriMo book (s): The Deepest Sigh, The Love Coward, A Tender Siege (part of The Highlanders collection). Two others currently out of print that I hope to bring back.

I...take a long time to edit

Kari Trumbo:  Kari, being the prolific gal she is, shared her NaNoWriMo project page with us!

Sondra Kraak: One Plus One Equals Trouble

My debut One Plus One Equals Trouble was a NaNo baby in 2015 and several others in the series since. I’m sad not to be doing it this year but I’m taking a few months off writing to take care of all the projects that built up in my list. I’m feeling sentimental about all these other writers participating! There will be another November...

Joanne is an Aussie transplant to the Midwest.  She’s a homeschooling mom of a passel (seven or eight) children and writes delightful romance. Dreaming of More is her NaNoWriMo book. A fun tip about Joanne: her husband isn’t just the illustrator of HER novels, he’s the primary illustrator of my Marriages of Conviction series AND of the upcoming Ever After Mysteries! 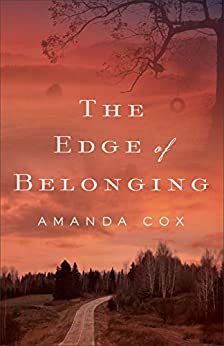 Amanda Cox:  The Edge of Belonging

This is one of those books that I keep seeing EVERYWHERE.  I mean, you can’t blink without someone saying, “Read this book!”

So, I read the preview on Amazon.  Bought the book.  I’m dying to know what happens next.

Ruth Buchanan:  Collapsible and Flexible were both Nano babies!  (These sound HILARIOUS!)

Tari Faris: You Belong with Me was her first NaNo project back In 2011. It's on my shelf to read. SQUEE!

Jane Lebak:  Shattered Walls, With Two Eyes into Gehenna, Forever and for Keeps, and Relic of His Heart were all Nano projects to start with. Oh, and Sacred Cups, too.

Christen Krumm:  It Happened at Christmas  (a YA twist on While You Were Sleeping!)

Jessica White:  Song in the Dark

(Have to share the synopsis.  It sounds so good!)

On the other side of darkness lies freedom …

After graduating from Juilliard, harpist Jenna Fields returns home to Albany to escape her manipulative ex. But coming home means dealing with her mother who has orchestrated every detail of Jenna’s life. Waiting for a job offer that will allow her to escape New York and build a life of her own, Jenna volunteers to raise money for a local charity.

Homicide detective Dean Blackburn spends his days seeking justice for the dead. But death taints everything including him. When his three Dobermans lead him to Jenna, he tries to resist the little siren. She not only starts a fire in his heart but brings light and joy to his lonely world.

When her world crumbles beneath her feet and her dark secret revealed, Dean helps Jenna see that the key to escaping her mother’s gilded cage is already in her hands.

But, there's one more way to look at this.  Not all authors are keen on the idea of NaNoWriMo.

Jaycee Weaver:  Whatever Happens Next.  She says she writes slower for NaNo—likely all the pressure that doesn’t suit her recovering perfectionist tendencies.  She’s not trying it again, but I may be able to talk her into Camp Nano--less stress, more flexibility!